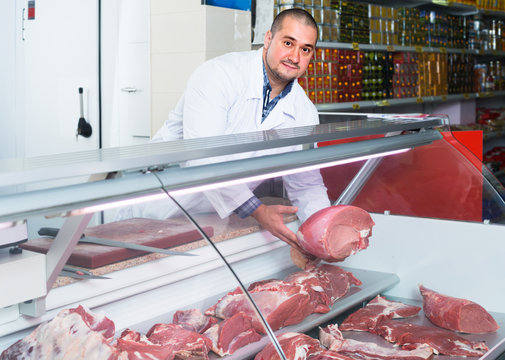 Government agencies working in cahoots with a cartel specializing in importing meat into the country and passing it off as halal-certified products has brought more infamy to the already beleaguered nation. The country is already reeling from the fallout of 1MDB kleptocracy, political instability, the Covid Pandemic, and Fitch downgrade of its sovereign ratings to ‘BBB+’ from a previous ‘A-‘. In the 1MDB case, former US Attorney General Jeff Sessions calls Malaysia’s 1MDB scandal ‘kleptocracy at its worst’ and put Malaysia’s shame in the annals of history.

According to news reports, these senior officers, with the responsibility of ensuring that halal standards are upheld, have instead received money, and in some cases even women for sex, as bribes in order to turn a blind eye to the cartel’s operations and ensure that its activities go undetected.

Malaysia the laughing stock of the world

Muslim officers duping their fellow Muslims into eating tainted meat for 40 years have hit the world headlines. Malaysia has once again gained notoriety in crimes against its citizens and has become the laughing stock of the world. Who can forget “Talk like Doraemon” to their husband advice by the Women and Family Ministry to housewives during COVID-19 movement control order. Apart from looking stupid, we gave the world something to laugh at during the pandemic.

Now you cannot write “Merry Christmas” on a cake if you are a Muslim and you wish to give it to a Christian friend – hell no if it must come from a halal certified cake shop. Muslim are also not encouraged to wish others ‘Merry Christmas’ by Islamic fanatics and the JAKIM ruling is an extension of the bigoted views. The world is full of morons that makes the rules as we go along.

Halal originates from an Arabic phrase which means allowed or permitted by Islamic Law. That is the broad definition; in food, the definition of Halal is according to the Trade Description Order 1975 (Halal Malaysia Official Portal). In a direct opposite to Halal, Haram means prohibited and unlawful things according to Islamic law. In the meat scandal, what is “Haram” is now declared “Halal”.

Cleansing and purification and sins

The meat scandal is different as compared to other corruption scandal as it involves ingesting something impure by Muslims over an extended period of forty years. Halal is deeply rooted in Islamic beliefs and Muslims are obligated to comply with halal food consumption.  Some believe it is sinful to consume non-halal food. Eating “Haram” meat has affected the Muslims sanctity.

In touching a dog (which is considered unclean) Muslims have a procedure to purify oneself. In the case of eating tainted meat for 40 years, religious bodies like JAKIM should advice fellow Muslims how to purify oneself. It would be interesting to find out on how do you purify yourself of 40 years of sin?

It is hard to wrap your head around the meat scandal and its implications to Muslims who are obsessed with external display of religiosity. Malaysians Muslim are more concerned about whether the Covid-19 vaccine shots could contain substances forbidden by Islam and by the marriage of a Muslim women to an Indian hockey player. They are more concerned about how people dress and the selling of alcohol in Supermarkets. It is all about the display of the Muslim “face” rather than substance.

The meat cartel has exploited the Malay obsession of religiosity and took advantage of their human failings.  Packed meats carrying the ‘Halal’ logo became the religious identifier, while the contents were haram.

Copyrights to the words ‘Allah’ in East Malaysia

In East Malaysia, Muslim religiosity is once again displayed. Despite the freedom of religion promised by the founding fathers of Malaysia, the Bible “Allah” issue is still not resolved. Claiming copyright to the word “Allah” (God) which is used as a generic term in Abrahamic religions, the matter has created angst towards the Federal authorities over the polemics and the ownership of the word “Allah”. The ban on the use of the word “Allah” by the Home Ministry is still being appealed in the Malaysian Courts. Nobody has the specific rights to the word ‘Allah’ in the world but the authorities in Malaysia has laid claims to “ownership”.

Freemasons of the meat world

Freemasons are famously known to keep secrets and it is a huge achievement to keep the meat scam a secret all these years. Cocoa Cola and Kentucky Fried Chicken have been admired for keeping their formula and ingredients a closely guarded secret, and the Halal scam can now claim to be in the same league. One should question how it is possible to keep one of the best secrets in Malaysia without the help of the higher ups.

Another gold medal in ‘Bolehland’

We can now add the meat scandal to “Malaysia Boleh” (slogan of the 1992 Olympic Council of Malaysia) in ‘Boleh-land’, where everything is possible for a price, irrespective of religious beliefs.

According to a Bloomberg Report the Scandal undermines Malaysia’s goal to become a global halal export hub. An online portal ‘Halal Focus” are of a firm opinion that the Halal sector has become one of the most influential market forces in global trade, representing a paradigm shift that defines a new market based on religious belief and practice. Islam represents 25% of the world’s population now, and in addition to this 1.6 billion Muslim population base, Halal goods and services are proving to have an extensive potential cross-over market appeal.

Bloomberg reported that Halal products is a big business for Malaysia as the country has been trying to become a global hub for the $2.3 trillion international halal market. Currently, Malaysia exports about $9 billion in halal-certified products including food, cosmetics and pharmaceutical products to China, Singapore, the U.S., Japan and elsewhere.

Mufti says those involved in meat scandal committed a sin

Kelantan Mufti Mohamad Shukri Mohamad said those who import and distribute non-halal meat for Muslim consumption in Malaysia will bear the sin for doing so. JAKIM Research Division senior director Sirajuddin Suhaimee of Jakim was quick to distance the organization from the scandal saying that it was outside the jurisdiction and responsibilities of the religious body. According to him the role of JAKIM is to check whether a slaughterhouse abroad complies with Islamic law from the aspect of the slaughtering process until the meat is packaged and put in a box free of contamination. From the supply chain aspects, the responsibilities of JAKIM officers would be to witness the slaughter of the animals according to Muslim rites before certifying. Surely JAKIM officers would be able to distinguish a live horse and kangaroo from other animals before slaughter. In this respect, Jakim, as the sole issuer of the Halal Certificate has failed in its duties to protect fellow Muslims.

The question now is whether the matter be swept under the carpet Malaysian style. In a lengthy Facebook opinion piece in 2009 by Hadi Awang (PAS Spiritual leader) where he has thousands of followers, “Rule of Law: Where is Allah?”, Hadi stressed the importance of Islamic laws in governing the country. The cleric, who is also an MP, argued that Muslims should continue to trust Muslim leaders regardless of the crimes they may have committed. Hadi urged that the government leaders who were ousted in last GE14, be pardoned for their crimes. Going by Hadi’s doctrine, the Malay officers involved in the tainted meat scandal should be forgiven as they are Muslims.

It is difficult to understand Hadi Awang’s brand of Islam and contradictory statements when he was the one promoting the Private Member’s Bill RUU355 seeking heavier punishment under Syariah laws. The Kelantan Mufti statement can be construed as a punishment for your sins in the afterlife, but the constitutional laws on corruption is clear in the life on earth. Former Prime Minister Najib Razak and Tengku Adnan of the top UMNO leadership has already been convicted of crimes albeit the appeal process. Other top UMNO leaders are still undergoing trail. The reality for Muslims, you pay for your crimes on earth like everyone else in Malaysia.

Where now the Ketunan Melayu?

The Ketunan Malay concept is now called into question. The Malays have diminished the dominance of the own race by their own foolish acts. There cannot be Malay supremacy when your own faith and race continue to cheat and deceive the people whose interest they supposed to protect. Bearing the Kris and chest thumping is meaningless if you continue to let your own race down by corrupt practices. The meat scandal is one, but there are others. In 2009, six individuals including Penang NRD assistant director were slapped with a total of 32 charges for falsifying birth certificates and identity cards and selling the documents to China’s citizens. Muhyiddin described those involved in the Mykad-selling rackets as traitors. In another case the 26 of its enforcement officers from the Penang Road Transport Department (JPJ) were charged in court with running a lorry protection racket. Leadership by example in Malaysia has taken on a different meaning.

Cleaning up the rot

Malaysia has gone up 10 places to 51 out of 180 countries in Transparency International’s (TI) annual Corruption Perception Index (CPI) 2019, compared with its position in 2018, but again such incidents as the ‘halal’ meat has dented its reputation worldwide especially when it wants to make inroads in the trillion-dollar global ‘halal’ business.

There are many more “rent seeking” cartels out there. They need to be exposed. The phrase “the fish rots from the head down” is apt to describe the meat scandal. If you want to clean up Malaysia, it must start from the head. No use in tackling the body when the head is rotten to the core.